The Rank Foundation continues as the major charitable legacy of Joseph Arthur Rank, Baron Rank (1888-1972), flour miller, film maker and philanthropist. What became the Foundation was established as the J Arthur Rank Group Charity in 1953, with its work continuing under the Chairmanship of Arthur’s son-in-law, Robin Cowen, his grandson, Fred Packard, and, currently, another grandson, Joey Newton.

J Arthur Rank’s remarkable success in the fields of flour and film stemmed from his personal qualities of integrity, hard work, decisiveness and a strong strategic sense. Joseph, his father, had started work as a miller in Hull at the age of fourteen and had built a very significant business through astute introduction of new mechanisation and marketing techniques. Arthur worked in many areas of his father’s company before his ambulance and signalling service on the Western Front in the First World War: after the War, he took on senior roles and became joint managing director in 1933. In the same year, he began the other great strand of his working life when he founded the Religious Films Society. Early conflicts with film distributors convinced him that he must become his own exhibitor as well as producer. By 1946, J Arthur Rank’s film operation owned five studios, two newsreels and 650 cinemas, employing 31,000 people and with a turnover of £45 million. The wealth from Arthur’s film companies provided the basis for the endowment which has enabled the Foundation to make charitable grants for over sixty years.

J Arthur Rank’s strong simple faith echoed that of his father, who was a committed Methodist. He walked round his garden every morning of his life, saying his prayers, and he declared “I am in films because of the Holy Spirit”. His daughter, Shelagh, wrote of “one of the clearest memories of my father, during the War, seeing him set forth, come rain or shine, his overcoat streaming behind him as he bicycled to Sunday School in Reigate Methodist Church School”. His faith lay behind his concern to help others, especially young people, whom he regarded as “the seed corn of the future and the leaders of tomorrow”. 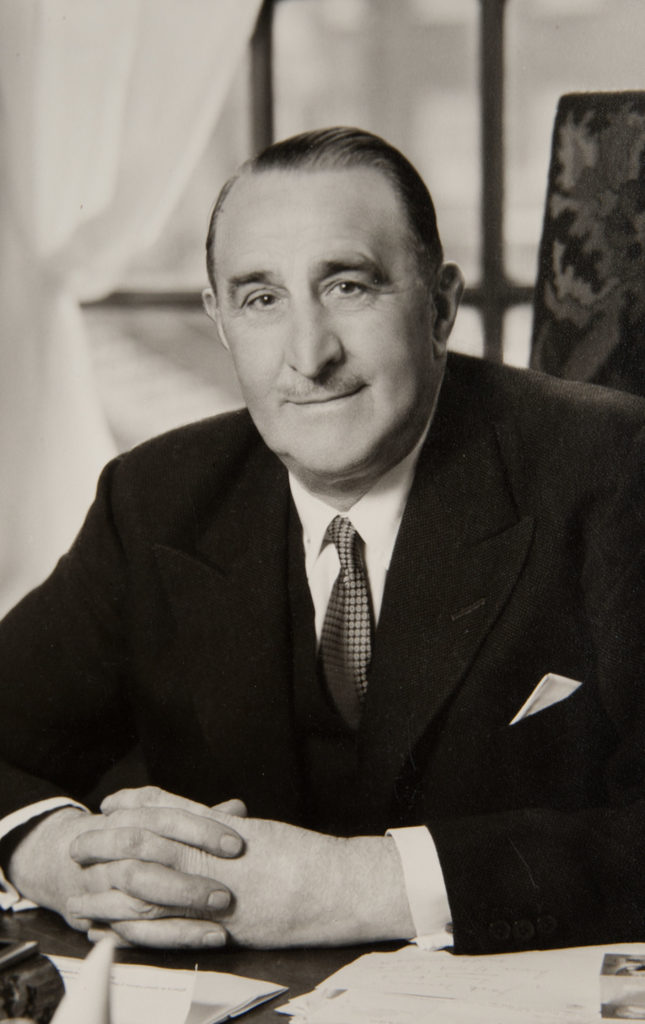