Lydia is one of two Memorial Award Winners, formally announced at the Enterprising Leadership Conference in 2018. Lydia originally came into contact with the Foundation back in 2016 as a Time to Shine Intern with Student Hubs, and then subsequently as a Time to Shine manager. The internship was based in Oxford, but Lydia originates from Northern Ireland.

Lydia had identified similarities between Belfast and Detroit. Both Belfast and Detroit have suffered from their decline as industrial powerhouses, resulting in city-wide rioting, tensions between ethnic or religious groups, extreme economic challenges and an increase in derelict spaces.

Lydia was interested in exploring these similarities further by visiting Detroit’s social enterprises and community led initiatives with the view to bring her learning back to Belfast and implement it in her community. 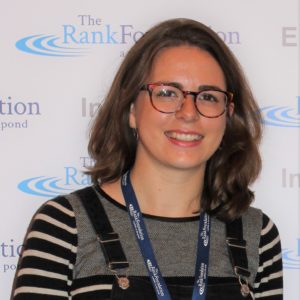 “The whole time I was in Detroit was a huge listening exercise and I wanted to take in as much as possible from as many different people and places as possible. I was reminded about how important it is to keep listening when working on something, even if you are hearing the same message time and time again”