The Rank Foundation is grateful to Gareth Hart, Director of Plymouth-based Iridescent Ideas and Rank Network member, who shares his experience of the Rank Foundation’s 50th-anniversary conference in this blog. 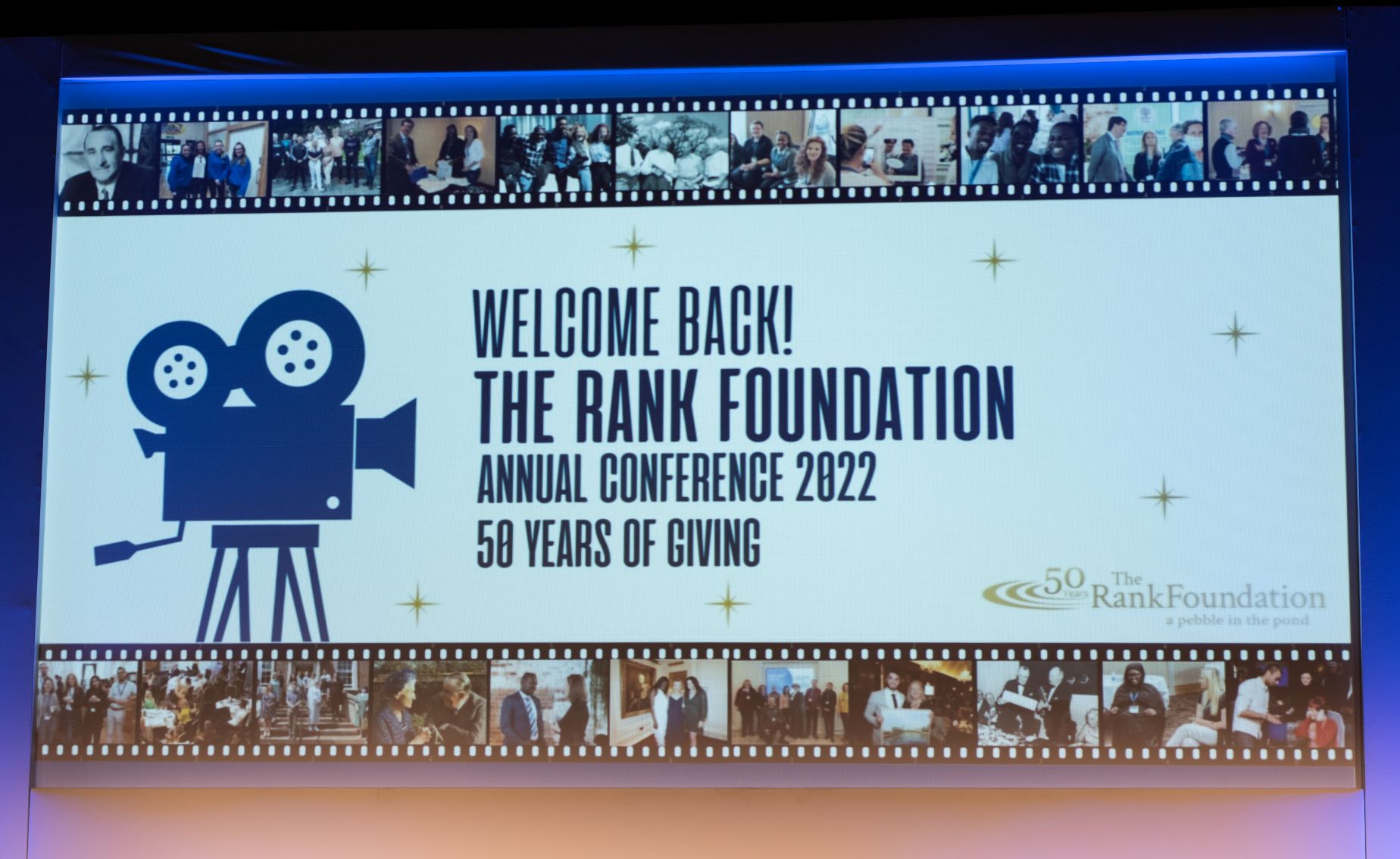 What do Family Fortunes, Sweet Caroline, cutting keys and the Carry-On films have in common? Well, they all featured, to some degree, in the wonderful Rank Conference 2022. Some 500 people joined the gathering from all over the UK. This year’s theme was celebrating fifty years of giving and was held amidst the guns, swords (Highlander’s iconic blades duelly (ba-dum) noted) and armour of the imposing Royal Armouries Museum in Leeds. The ‘royal’ epithet was apt as we held the conference during the national mourning period for Her Majesty the Queen. RIP.

First up was a documentary film about the life of J. Arthur Rank, whose bequest led to the formation of the Rank Foundation. The film opened my eyes to previously unknown – to me at least – elements of his life story. These included his early forays in to film-making, his trip to Hollywood to fight for British cinema, his involvement in the building of Pinewood Studios (yes, THE/THAT Pinewood that brought us Harry Potter, Marvel, Star Wars and hundreds of other amazing, iconic films!) and his deep faith.

David Sanderson, Rank CEO, opened the conference, setting the scene with a talk about Rank’s giving and establishing the challenge of tackling the consequences of inequality. This was followed by a panel discussion about the impact of Rank on personal lives. It was great to see several Plymouth representatives in the film and this panel debate.

Next up was a seminar on J. Arthur Rank’s role in the British Film Industry. The role was, well, vast, sprawling and almost monopolistic. J. Arthur’s approach seemed to be: ‘vertical integration’, i.e., buy every and any business linked to film from the cinemas themselves, through distribution and production right down to projection device manufacturers and the makers of the very seats you sat on in the movie theatres! 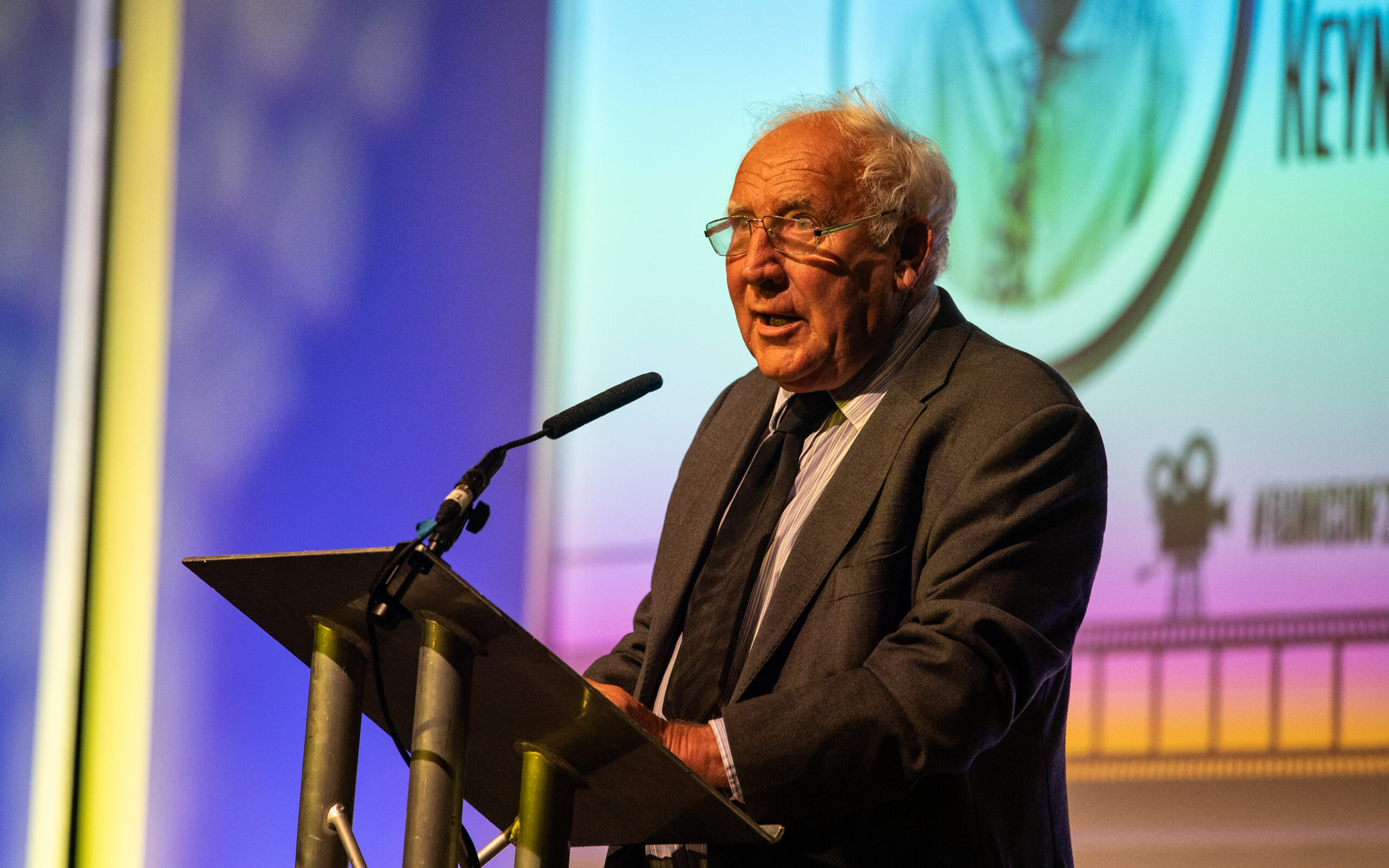 The evening’s activities and gala dinner were marked with much mirth including a Family Fortunes-Four Seasons-Time to Shine inspired game show (good wig!). Sir John Timpson, he of key-cutting and shoe polish fame, gave an interesting talk about ‘upside down management’ whereby you put the managers in service of the front line and fundamentally, be nice to people. 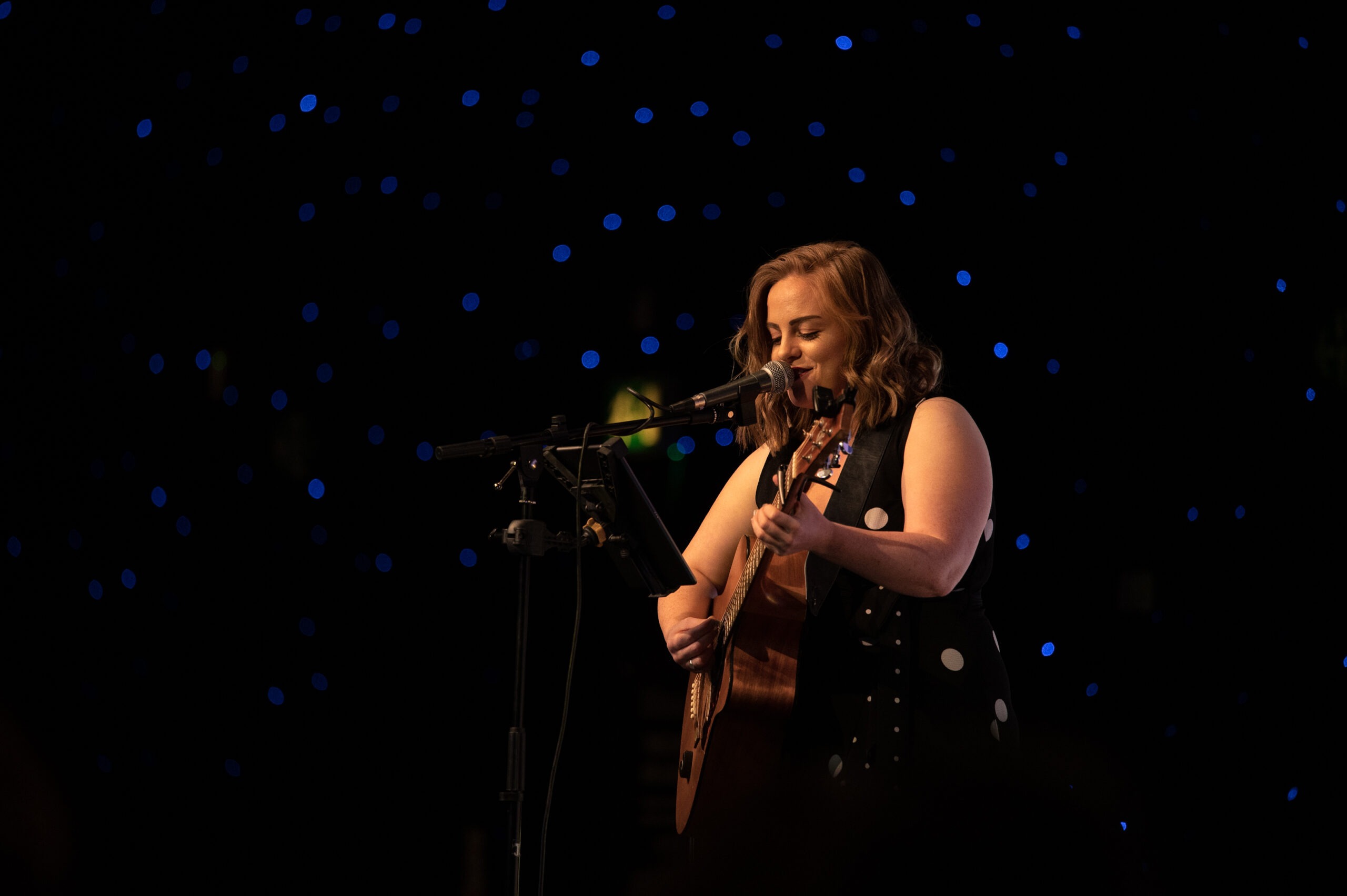 The evening was rounded off with a great performance by Time to Shiner, Chelsea Reynolds, providing loads of sing-along-able moments and unusual mashups and medleys. Much wine was quaffed, and many people stumbled home well after midnight. 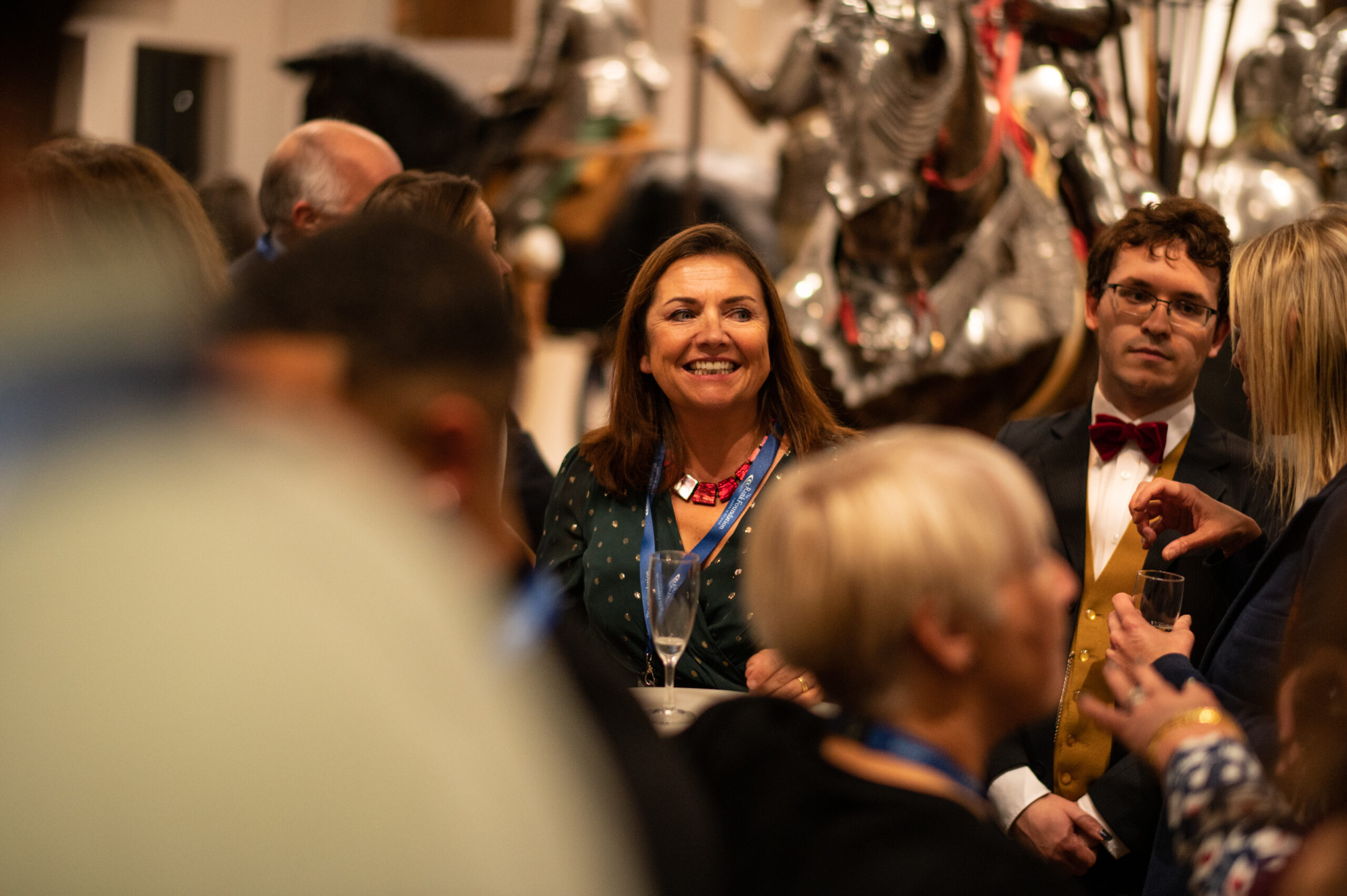 The next morning saw more entertainment in the form of a rousing rendition of ‘My Time to Shine’ to the tune of ‘Sweet Caroline’ – sung largely in the direction of Caroline Broadhurst, of course.

I had a quick chat with David in the break and he remarked that despite shyness Attlee’s honesty and integrity kept the whole show together.

My final seminar was a tremendous and deeply fascinating look at the history of philanthropy and the move towards a more ‘relational’ style of giving. Taking us on a journey from the Philanthrocapitalism of the 1990s through Venture Philanthropy and bringing us right up to the now with Relational Philanthropy, Janis Petzinger of University of St Andrews, explored trust, giving more than money and building relationships. This was a compelling, intelligent and forensic account of philanthropic movements and took me back to an early career moment when, at the then National Lottery Charities Board, as a grant maker I learnt a lot about the need for trust and flexibility. Sadly, that was all too often, absent in the grants-system in the 1990s. 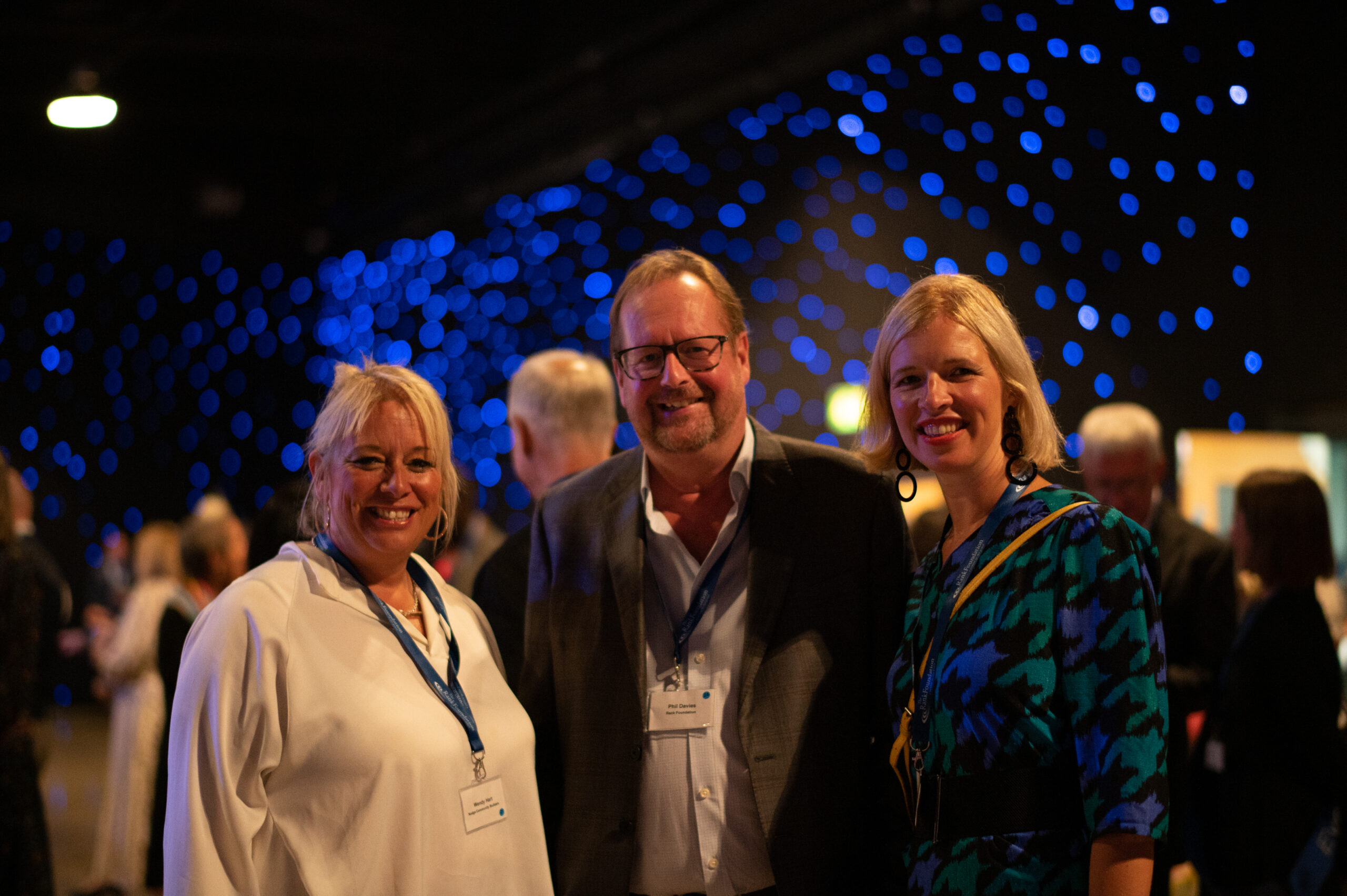 The Rank Foundation’s work in Plymouth is a shining example of this more relational approach to funding and the word ‘trust’ repeatedly comes up in my thinking about how Rank has operated in the city. A far cry from experiences in my early career. 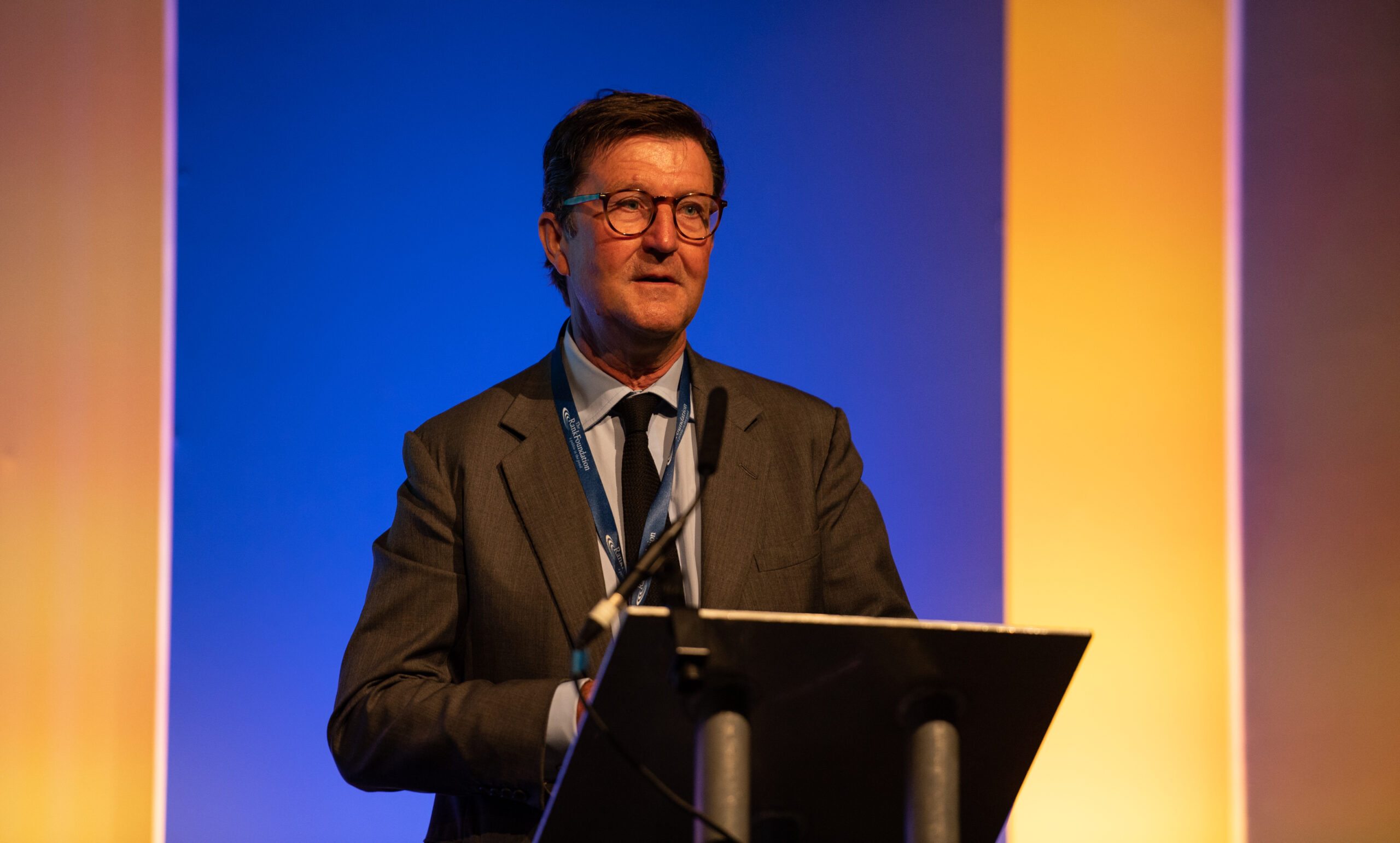 Joey Newton, Chair of the board and Lord Rank’s grandson.

A final session explored faith and the need to take action in the face of the looming cost of living and energy crises – analyse, consult, act. A closing talk from Rank Foundation’s chair and Lord Rank’s grandson, Joey Newton, invited us to join the Foundation on the journey of the next fifty years and to share the joy and challenges we all will face.

My top takeaways from the conference were:

My thanks go to the Rank Foundation and all the staff and volunteers who helped make the conference such a success. To the venue and the staff at the Royal Armouries for hosting us so well and to all the speakers, performers and especially the Time to Shiners who entertained, educated, enthralled, challenged and informed us – all with the aim of creating a better world.